CPEC, a massive bilateral project to improve infrastructure within Pakistan for better trade with China and to further integrate the countries of the region. The project was launched on April 20, 2015 when Chinese President Xi Jinping and Pakistani Prime Minister Nawaz Sharif signed 51 agreements and Memorandums of Understanding valued at $46 billion. Chinese President Xi Jinping said to PMLN Quaid Mian Nawaz Sharif that the China Pakistan Economic Corridor (CPEC) is a ‘gift’ to Pakistan.

The goal of CPEC is both to transform Pakistan’s economy—by modernizing its road, rail, air, and energy transportation systems—and to connect the deep-sea Pakistani ports of Gwadar and Karachi to China’s Xinjiang province and beyond by overland routes. The announcement of joint space and satellite initiatives between Pakistan and China, spurred by CPEC, followed in 2016. CPEC is part of the larger Belt and Road Initiative—to improve connectivity, trade, communication, and cooperation between the countries of Eurasia—announced by China in 2013. 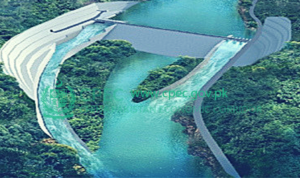 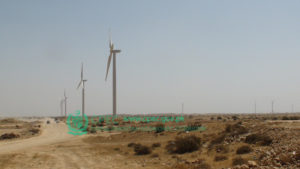 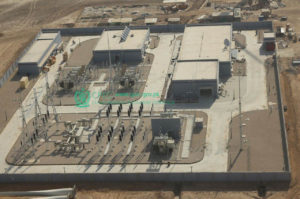 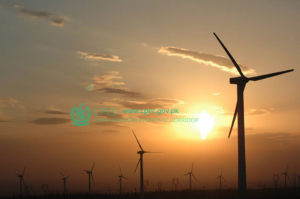 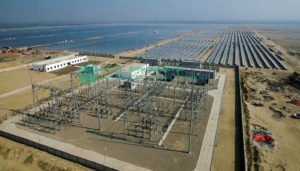 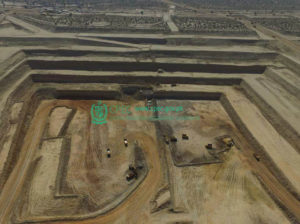 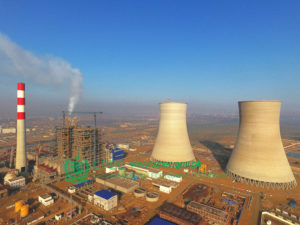 Contract Signed in May 2017

Grant Agreement signed in May 2017 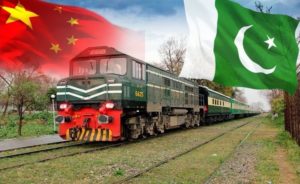 Commercial Contract for Preliminary Design signed on 15th May, 2017 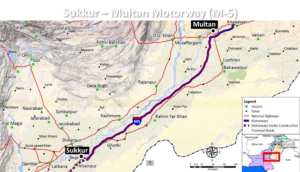 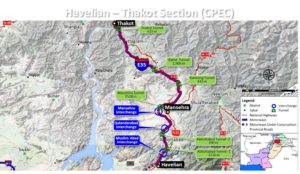 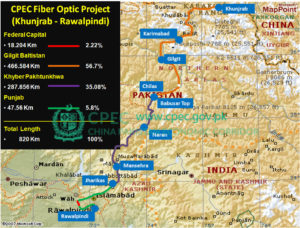 CPEC is a national project and it would benefit all the provinces as well as three billion people of region. No province or region of the country would be discriminated in CPEC. Pakistan got historic opportunity to develop its backwards areas economically and socially through CPEC. CPEC is not merely a road project but a framework of economic cooperation in various sectors.

What is China Pakistan Economic Corridor?

China-Pakistan Economic Corridor (CPEC) is a major and pilot project of the Belt and Road Initiative which is proposed by Chinese President Xi Jinping. CPEC has become the framework and platform for comprehensive and substantive cooperation between China and Pakistan. CPEC is the important consensus reached by the leaders of both countries. The leaders of our two countries have attached great importance as well as rendered active promotion to the construction of CPEC. It has also won across-board support from the political parties and peoples of our two countries, which provided profound and solid public support for CPEC.

In May 2013, Chinese Premier Li Keqiang proposed the initiative of CPEC during his visit to Pakistan, which immediately got positive response and support from the Pakistani government. In July 2013, during Prime Minister Sharif’s visit to China, an MOU was signed to start work on CPEC. Up to now, a series of major projects are being implemented in a steady manner, and are under smooth construction in general. CPEC has gradually entered into the state of full implementation from planning, which is playing an increasing role in leading and promoting the bilateral substantive cooperation between China and Pakistan.

CPEC is of great significance to the development of China-Pakistan all-weather strategic cooperative partnership and the building of the community of shared destiny between China and Pakistan. CPEC will provide new opportunities, new vision as well as new impetus to China-Pakistan relations. CPEC is facing Pakistan as a whole and will bring benefits to Pakistani people. It will effectively promote the economic and social development of Pakistan. The construction of CPEC will enhance connectivity and integration of development strategies of China and Pakistan, which is in the fundamental interests of our two peoples. Both sides are committed to building CPEC and completing a number of major projects with high quality and on schedule, so as to achieve win-win results and bring benefits to people in China and Pakistan as well as other countries in the region.

What are the principles guiding the construction of CPEC?

As a large and systematic project, which covers 2013-2030, CPEC needs joint and unremitting efforts by governments, companies and all social sectors of China and Pakistan. In the process of its construction, both sides agreed on the principles of scientific planning, step by step implementation, consensus through consultation, mutual benefit and win-win results, as well as ensuring quality and safety. Both sides agreed to make the list of prioritized or early harvest projects as well as the long-term plan for CPEC. The prioritized or early harvest projects mean the projects which will be completed before 2018 or 2020 (for hydro power projects). CPEC is a vision with the long-term planning up to 2030. In the process of planning and construction of CPEC, both sides agreed that the governments of the two countries should play the guiding role, and the companies as market entities should make investment in line with market rules. Both the governments and the companies, with clear division of work as well as collaboration, could work together to promote CPEC with constant progress.

What fields does CPEC cover?

According to the consensus reached by the two countries, both sides agreed to promote a “1+4” pattern of economic cooperation, featuring a central role of the CPEC and four key areas including the Gwadar port, energy, transportation infrastructure and industrial cooperation, so as to achieve win-win results and common development. In the medium-to-long term, both sides will explore and expand the cooperation fields to financial services, science and technology, tourism, education, poverty elimination and city planning, etc., so as to meet the demands of deepening and expanding of China-Pakistan all-round cooperation, and play a better role in leading and promoting substantive cooperation between the two countries.

What are the cooperation mechanisms of CPEC?

To promote the construction of CPEC, China and Pakistan have set up the Joint Cooperation Committee (JCC). There are five joint working groups under JCC, namely long-term planning, energy, transportation infrastructure, industrial cooperation and Gwadar port. The JCC secretariats are within the National Development and Reform Commission of China and Ministry of Planning, Development and Reforms of Pakistan respectively. The two secretariats are responsible for communicating and coordinating with the line ministries related to the construction of CPEC. JCC is responsible for the overall planning and coordination of CPEC, and the joint working groups are responsible for the detailed planning and implementation of the projects within its field. As of November 2016, JCC has convened 5 meetings and reached a series of consensus, playing an active role in promoting CPEC construction.

What is the progress made in the sector of Gwadar port under the CPEC?

Situated at the southern end of CPEC near the ocean mouth, Gwadar port is an important project of the CPEC. In order to improve the operational capacity of the port, China Overseas Ports Holding Company Ltd. (COPHC) has carried out repairs and up-gradation of the port facilities, and now the port has restored its designed capacity. Cargo liners are visiting the port every month since mid-2016. On November 13, 2016, ceremony for CPEC Pilot Project First Trade Convoy at Gwadar Port was held. During this activity, a China-Pakistan joint convoy of trucks took goods from both countries to Gwadar port. This is the first time that a trade convoy successfully passed through the western part of Pakistan from the north to the south. This is the first time that Gwadar Port is exporting a large number of containers to overseas destinations. This is the first time that China and Pakistan co-organized trade convoy through Pakistan to Gwadar Port.

China and Pakistan are actively promoting the East Bay Expressway project and the New Gwadar International Airport project. Both sides are working together to develop a Gwadar smart port city master plan. Efforts are being made to improve the livelihood of the local people, particularly the construction of educational and medical projects such as China-Pakistan Friendship Primary School in Faqeer, Gwadar , Gwadar Hospital, Gwadar Vocational College, and Water Desalination Plant. Faqeer Primary School has become the first project completed under CPEC.

What is the progress made in the energy sector under the CPEC?

Some other projects are being actively promoted, such as 1100MW Kohala Hydro-Power Project, Gwadar Coal-fired Power Plant and Matiari (Port Qasim) to Faisalabad Transmission Line.

What is the progress made in the transportation infrastructure sector under the CPEC?

Efficient and fast transportation network is of vital importance to the economic development. The CPEC shall essentially follow the North-south corridor in Pakistan. The existing road network shall be used in the beginning, developing the missing connections first, with easiest one on priority, through scientific planning. Currently, two major CPEC transportation projects have been inaugurated and are under expeditious construction, i.e. KKH Phase-II (Havelian-Thakot section) and Peshawar-Karachi Motorway (Sukkur-Multan section). Preferential Chinese government loans are provided for these projects. At the same time, the feasibility study of Railway Line ML1 (Peshawar-Karachi) up-gradation project has been completed and governmental framework agreement is being actively discussed.

What is the progress made in the sector of industrial and investment Cooperation under the CPEC?

Industrial cooperation is an important field of CPEC. It is of vital importance to the uplifting of the level of economic cooperation and expansion of the space for industrial cooperation between our two countries. It carries huge potential and a bright future. In this regard, China has advantages in experience, technology, financing and industrial capacity, while Pakistan enjoys favorable conditions in resources, labor forces and market. By carrying out industrial cooperation, both sides will achieve mutual complementarity and win-win results.

Under the CPEC framework, the two sides have identified two industrial cooperation projects, namely Haier-Ruba Economic Zone (2006) phase II and Gwadar Free Zone. On 1st September, 2016, Ground Breaking Ceremony was held for the Gwadar Free Zone, which has drawn much attention from the business community. China Overseas Ports Holding Company Ltd. (COPHC) is constructing Gwadar Free Zone expeditiously. The Chinese side is willing to provide high quality industrial capacities to Pakistan and encourage reputable Chinese companies to make investment in Pakistan. Meanwhile, the Pakistani side is expected to carry out in-depth research on the locations of industrial zones, and provide preferential policies and necessary services to mutually-agreed zones in this regard. Both sides will keep on communication with each other on the deepening of industrial cooperation, and hopefully identify a series of win-win projects that can yield favorable economic and social benefits.

The Chinese Government decided to provide interest-free loans for the laying of Optical Fiber Cable from Rawalpindi to Khunjerab and construction started in April, 2016. Besides, the relevant Chinese company has finished feasibility study on the utilization of Digital Terrestrial Multimedia Broadcast in Pakistan. The two countries are working on the Long-Term Planning of CPEC and its draft has been completed.

What projects does the CPEC have in the western parts of Pakistan?

CPEC is for Pakistan as a whole and will bring benefits to the Pakistani people including the people from the western parts. Some CPEC projects in the western parts of Pakistan are making progress. For example, the KKH (Thakot to Havelian) phase Ⅱ and Suki Kinari Hydropower Station are located in Khyber Pakhtunkhwa. The China-Pakistan Cross-border Fiber Optic Cable Project and ML1 railway upgradation (framework agreement under active discussion as of December 2016) also pass through Khyber Pakhtunkhwa. Peshawar and Quetta are included in roads of CPEC as node points. CPEC Transport Monographic Study, approved in the 5th JCC, includes Burhan-D.I.Khan, Quetta-Sorab roads as short-term projects. The Gwadar Port, Gwadar Free Zone, Gwadar East-bay Expressway, Gwadar International Airport, Gwadar coal-fired power plant and HUBCO coal-fired power plant are all in Balochistan province.

How can CPEC better benefit all the regions in Pakistan?

China and Pakistan have reached consensus on the basis of “one corridor, multiple passages”, aiming to benefit the economic and social development of all regions in Pakistan and provide effective connectivity to Gwadar port. The western route is definitely a part of CPEC. Right now, enormous efforts are being made to advance road connectivity in the western parts of Pakistan, and the Chinese side is cooperating with the Pakistani side to create favorable conditions for attracting investment in western and northern parts of Pakistan. With the implementation of various projects, CPEC will play an increasingly important role in promoting the economic development and uplifting living standard across different parts of Pakistan.